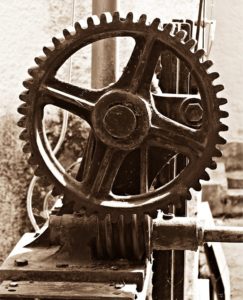 While we do install a shift kit to improve shifts and reduce slip, this has no affect on when the transmission shifts. In the 700R4, this is a function of governor pressure versus TV pressure. It is somewhat adjustable with the TV cable setting. On the 4L60E, however, it is strictly a PCM programming function. You may be able to hold gears down by using the shifter, but you cannot cause the up-shifts to occur before the PCM commands it. In the 4L60E the up-shifts are completely controlled by the PCM. The 4L60E can only do what it’s told. It is dependent on many things to determine shift timing. They are listed below in descending order:

A. Vehicle speed and engine rpm. I list these together because there is interdependence between them.

C. Mass air flow or speed density. Though this does not greatly affect shift timing, it does affect shift firmness and can cause erratic shift if faulty or incorrect. In some cases with large cams an issue with the MAF may cause quick shifts from 1-2-3-4 at WOT and require adjustment of the MAF tables in the tune.

Basically a MAF sensor is a piece of resistant wire. A current is passed through it as air travels across this wire. It is cooled and when a conductor is cooled, resistance decreases and current can increase. When warm resistance is increased, current is decreased. This current is what the PCM reads to determine how much air is entering the engine.

This is then compared to set parameters in the PCM program as a determining factor for everything from fuel to air ratio to estimated engine torque output. This in turn affects transmission line pressure and, in extreme cases, can have an effect on shift timing. CAMS, INTAKE, and HEADS can affect this level.

Other things that can affect it are a dirty air filter or an over-oiled air filter. In the case of the latter, the oil can actually coat the resistant wire and insulate it causing the air passing over the wire to be unable to cool the wire; thereby lowering its resistance and increasing current. When this happens, several things can be misinterpreted by the PCM.

Because the wire is warmer and the current lower, the PCM may lower line pressure or make the car run lean. Basically, the PCM thinks the car is taking in less air than it is actually getting. This makes the PCM assume less torque or power output from the engine and may even cause this to be true by leaning out the mixture significantly.

In the case of the head and cam package, you can get a reverse effect. You’re taking in more air than the PCM determines based on the current passing through the MAF. Since the PCM is programmed that a given current equals a certain amount of air based on the original engine specs, the RPM the engine is turning with throttle opening. When you change the ability of the engine to take in air, the programs used to compare these variables becomes inaccurate and can, again, adversely affect engine and transmission operation.

It’s very important to make sure, when doing engine modifications, that the person doing the tuning understands all of these things well. Not only can this hurt the performance of your car, but it can also cause damage to your transmission and even your engine.

Lockup is controlled by the PCM. Full throttle lockup is not possible or preferred with factory tuning, but can be accomplished with PCM tuning. However, it may destroy the converter clutch prematurely.

Contrary to popular thought, doing this occasionally will not hurt your unit. In fact, there are some instances where it can be beneficial.

For example, when roll racing, bringing on the low clutch by manually putting the transmission into first helps support the low and input sprags. Another example would be during burnouts, as it will help to support the sprags by turning on the low clutch and the overrun clutch. Placing the transmission in D3 rather than the OD position is always a good idea when using nitrous or turbo/supercharger applications.

Although we use the strongest sprag available, the BorgWarner dual cage input sprag, it is still the weakest link in the transmission. Note, however, that on our level three unit (which is capable of downshifting to manual first at any speed) there is a risk of over-revving the engine and causing damage to the engine.

Transmission temperature is something you hear discussed quite often. However, it is not as critical as some would have you believe. Short of boiling the fluid, there are seldom short-term issues. You can tell if the fluid is boiling because it would generally spray out the vent tube on top of the transmission. High transmission temperatures will cause damage over a long period of time through the hardening of seals and breakdown of fluid into varnish. It will not kill your transmission overnight, but over a long period it can. As long as you keep the transmission temperature under 230 degrees (normally lower is better of course) and under 250 intermittently, you should be fine. After several stalls in a row, the temperature will rise for a short period of time (Note: The temperature reading on your gauge will vary according to the location of the sending unit. The closer to the transmission, the higher the reading will be). But it’s still true that a cooler is excellent insurance. When you install your cooler, go ahead and take the stock radiator-based cooler out of the loop. With a stock thermostat, the radiator temperatures are in the 210 degree range. So you would be limiting the effectiveness of the external cooler.

What is it and how does it affect my car? PWM is the controlled slip of your converter, which basically allows the converter clutch to partially lock at lower speeds to improve fuel economy. However, this generates heat and puts wear on the converter clutch. While this is not a big problem with an OEM sized converter, it is a problem with the smaller 8-9-10 inch converters because they do not have enough clutch surface area, and they can’t absorb the extra heat generated; nor do they have the friction area for the slip to be properly controlled by the PCM. PWM should be eliminated in any high performance application (and really any application). This function is the source of the code 1870. This function is eliminated on all our transmissions.

6. RPM and its effect on transmission life.

RPM does take its toll. However, a properly built transmission should be able to rev through 7000 with no issues. This is not true about a stock or stock rebuilt transmission. There are issues which may occur when the transmission is not properly prepared. Low HI RPM pressure and undesired 3-4 clutch apply when the car is not in 3rd gear will result in burning the clutch. MAX RPM for a stock 4L60E/65 should be no more than 6000 rpm.

Using vacuum modulation in these transmissions was created by TRANSGO. We do not incorporate this into all our units and believe the PCS is ultimately the better system. However, there are certain instances where this modification may be beneficial.

One would be when setting up the transmission with a full manual valve body with no electronics for applications with no ECM.

Another would be in the case of chronic pressure control issues. Though this would be curing the symptom and not the cause when all other avenues have failed, it can and will solve the issue. You must bear in mind that the issue causing the PCM to command the wrong line pressure may also be affecting your performance in other areas and everything possible should be done to find the cause. We do, however, prefer to stay with the PCS system since it can better meter line to many variables and make the vehicle much more adaptive to various situations.

Ultimately max line pressure is controlled mechanically by the pressure regulator in the pump and can never exceed its max setting. However, you can have effect on pressure through several avenues within the 0 to max range this valve allows. This can be done in several ways.

One way would be tuning. To do this you can raise the or lower the line pressure in a percentage format within that range. Typically, the setting stock on the tuning tables its 90 percent which means the pressure is set to 90 percent of the max pressure the PCM will allow. This would be reached at max throttle when the current to the PCS is at 0.

So, for instance, if max PSI was 100 (it’s higher than that) the max pressure that could be attained at WOT would be 90 pounds. But if you increase the pressure by, let’s say 5 percent, in the tuning to 95 percent, then the pressure across the board would be increased by 5 percent but still would never exceed the max setting for the PR valve at WOT.

Another way to increase line would be shimming the PR valve or installing a stiffer PR valve spring. This is never recommended. GM had a reason for setting the max line where it is. It is the max pressure the transmission can operate at without fear of damage. In fact, in the case of limp mode, it sets max line pressure to allow the car to operate at a high enough line pressure to allow you to drive it home or to a shop without fear of damaging the transmission.

Another way is to turn the set screw in the end of the PCS 1/4 turn clock wise. This too will increase the line pressure by approximately 5 percent across the board but again will not allow you to exceed the maximum line pressure allowed by the pressure regulator. This change is a good way to improve clutch apply and can help with converter clutch chatter slip in some cases. However, it should never be turned more than 1/4 turn and should never be used in conjunction with the tuning increase; not because of the risk of the line going over max PR allowed, but because combined they will make the part throttle shifts way too aggressive and place to much stress on hard parts when its not needed at part and low throttle conditions. All our units do have the PCS set screw turned 1/4 turn and we like the tuning pressure tables left stock. But in no case, no matter what the adjustment, will these changes allow the MAX pressure to exceed the max pressure allowed by the PR valve. And, in fact, the 5 percent is well with in the tolerance levels allowed by GM and their limits for various applications.

Now there may be situations that will cause the line to exceed max pressure: stuck PR valve, pump or valve body cross leak, or an improperly assembled PR valve assembly. These are mechanical issues and should be determined with a pressure gauge.